Sterling will be sparkling with visions of a Norman Rockwell Christmas at the annual Parade of Lights, Thursday, November 30. The parade will start at 6 pm in downtown Sterling so make sure you get your spot to see the elaborate entries as they drive by the beautifully lit Logan County Courthouse Square.

Visitors can enjoy freshly popped popcorn at the nostalgic Clarence's Corner from 3-7 pm or a chili supper at the Sterling Elks Lodge, 211 Ash St., from 4-7 pm.

There will also be time to tell your Christmas wishes to Santa after the parade in the Logan County Courthouse Gazebo. 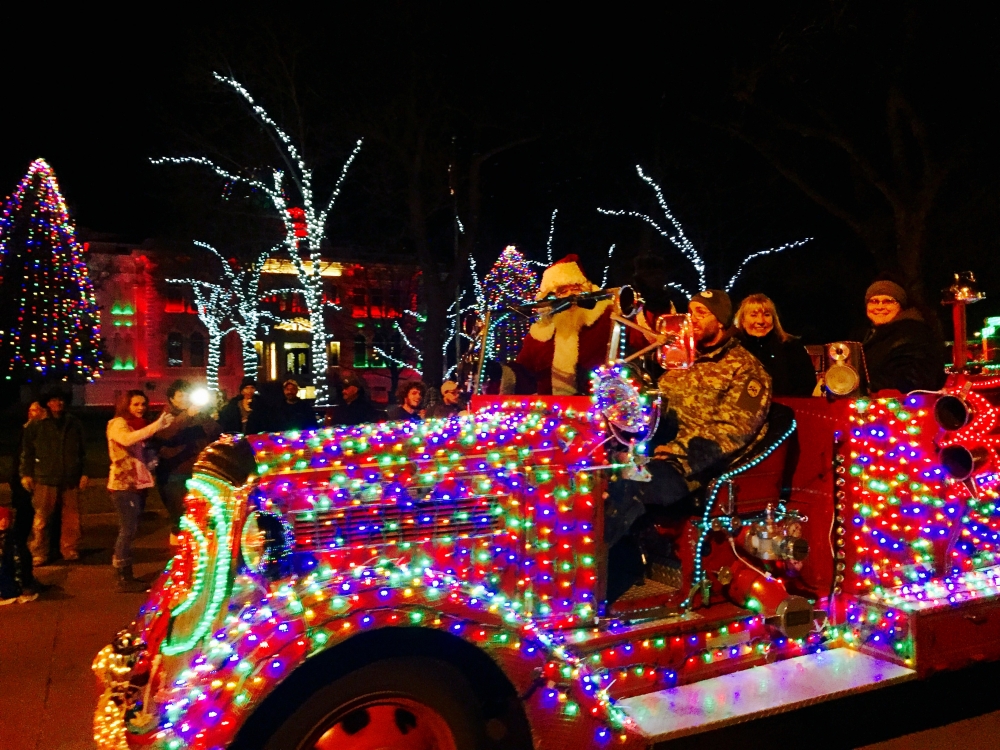 The schedule is chock-full of events and activities at the Overland Trail Museum during October!

Celebrate Sugar Beet Days in beautiful downtown Sterling on September 16 and 17. This event is held annually on the 3rd weekend of September and is the premier festival in northeast Colorado with 200+ food and craft vendors and two full days of entertainment.

Hey! Did you hear? The Great American Total Solar Eclipse is Monday, August 21. A viewing area in the Sterling Public

Welcome to Logan County's biggest event of the year!

Are you ready for some edge-of-the-seat action? A night of NextEra Energy Professional Bull Riding promises to deliver the guts and glory of determined riders and bulls, clashing against that eight second clock. You'll revel in the thrill of the moment! Tickets are available here. 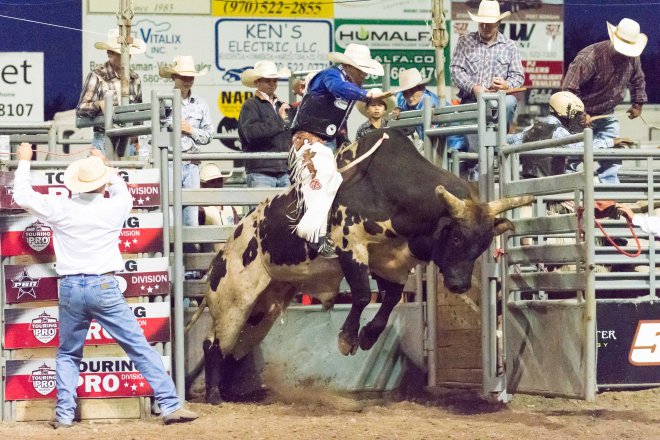 We've all got our favorite things to do. Some are more elaborate than others. Some involve more planning or more money or more time. But some of my favorite things to do are really quite simple. And, in all honesty, most of the time, for me anyway ... the simpler the better.

So one evening after work, I laced up my walking shoes and took off for a simple stroll around the Overland Trail Recreation Area near the South Platte River on the east side of Sterling. It's one of my favorite things to do.

From west to east, Sterling is being beautified! 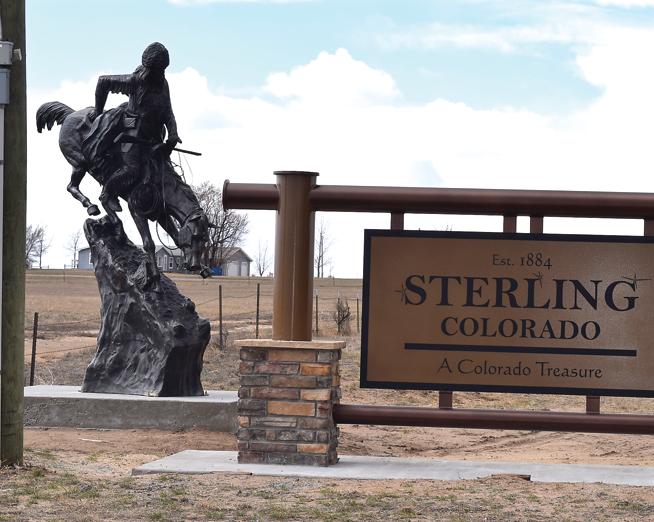 Starting from the west near the Sterling Municipal Airport, a series of bronze sculptures (thanks to the generosity of local cattlemen) have been placed in the medians and along West Main Street as a tribute to our Western roots and with a nod to the importance of agriculture in our community. 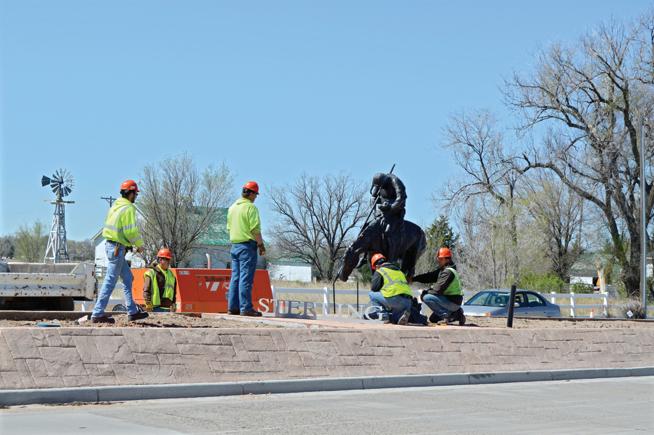 Bronze sculptures depicting a cowboy on a bucking horse and a Native American horseback rider were placed in the new raised island medians as part of the Highway 14 construction project completed last year. The sculptures are the final two of five donated by Andrew Timmerman, Allen Mitchek, Brett McEndaffer and Chris Dinsdale as a tribute to Sterling's historical and agricultural heritage.

The three other sculptures were placed at other locations along West Main Street: A statue of a frontier man on horseback, the sculpture of a cowboy on a bucking bronc, and a bronze longhorn bull.

In the center of downtown, another series of sculptures can be seen. Whether in celebration of the 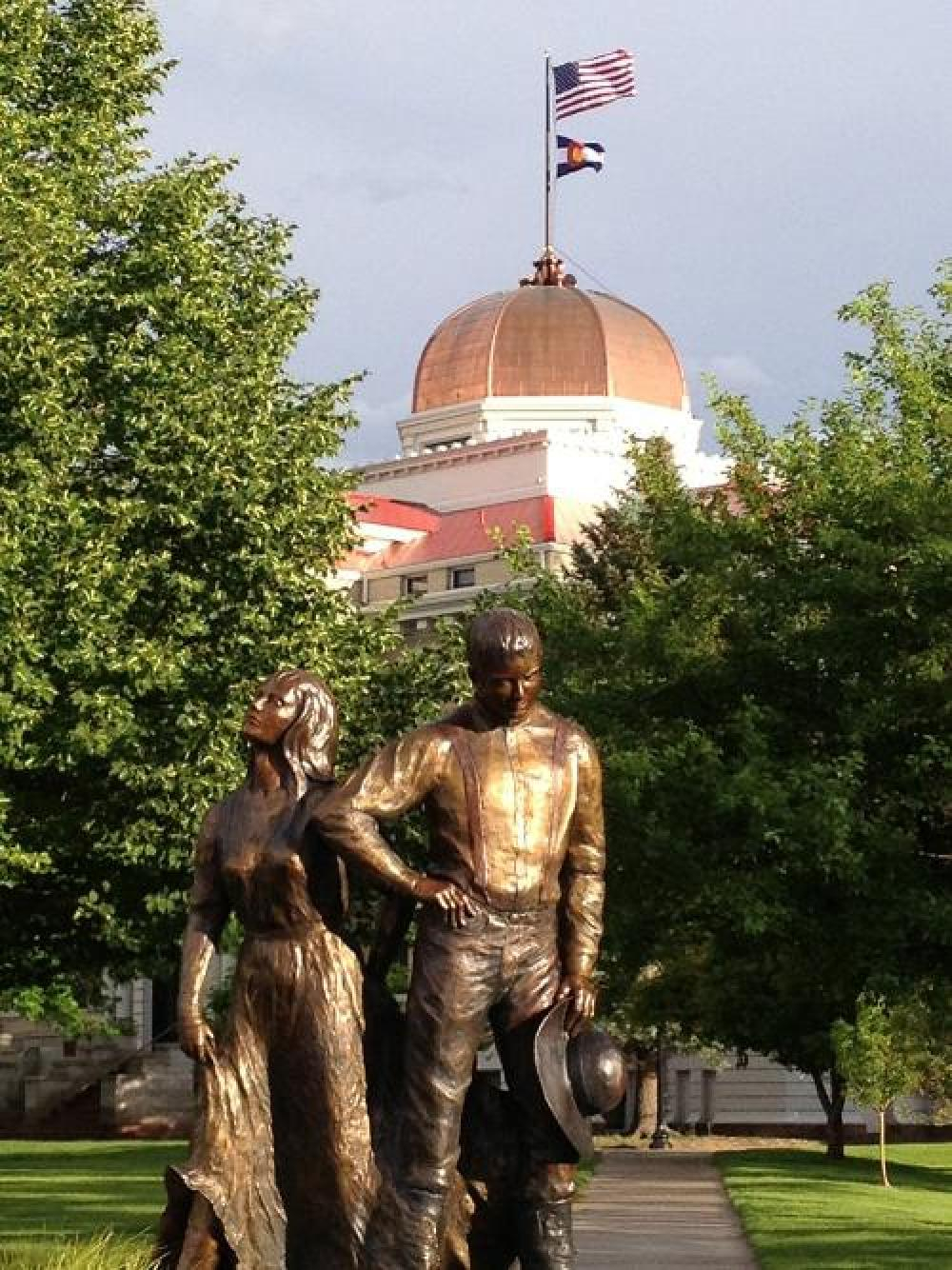 pioneers who created our history or in remembrance of a well-loved man and downtown favorite - Clarence's Corner - the artwork is a must-see. 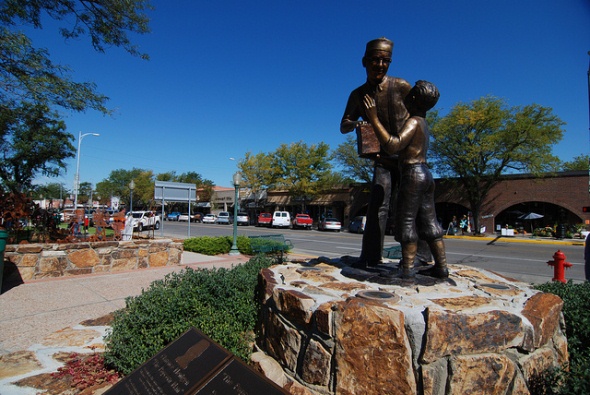 Continue venturing to the east end of Main Street, and there is the nearly-completed beautification and landscaping project where the city's main thorough fare meets up with Front Street. When done, the east edge of downtown will include new sidewalks, curb and gutter and decorative concrete. 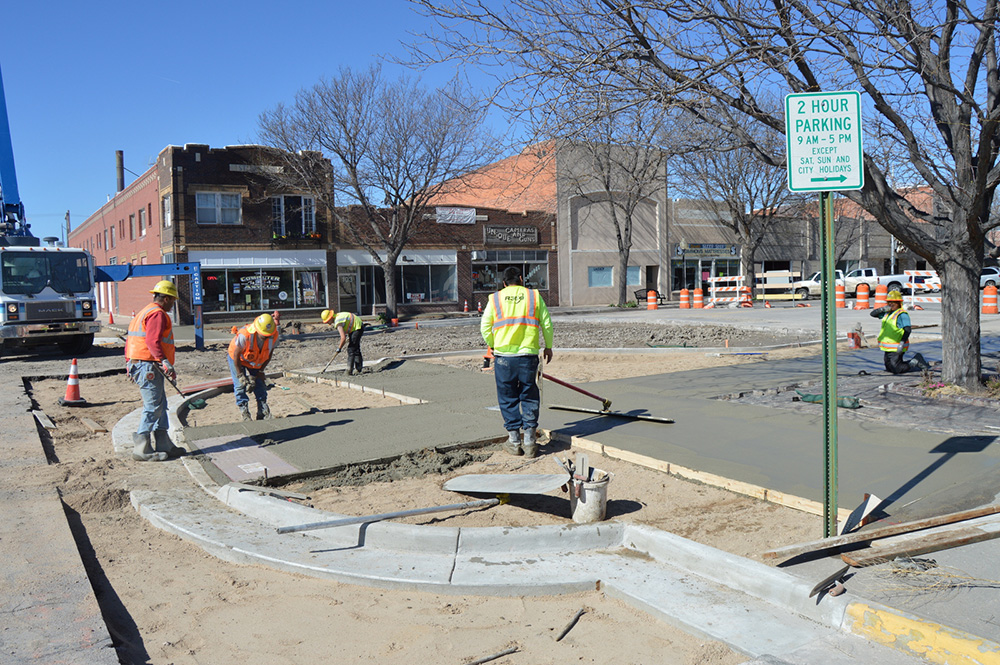 There will also be a landscaped area at the intersection with a historical bronze sculpture depicting William S. Hadfield (who homesteaded Hadfield Island) along with his wife, Charity Sanders Hadfield, and a Plains Indian. 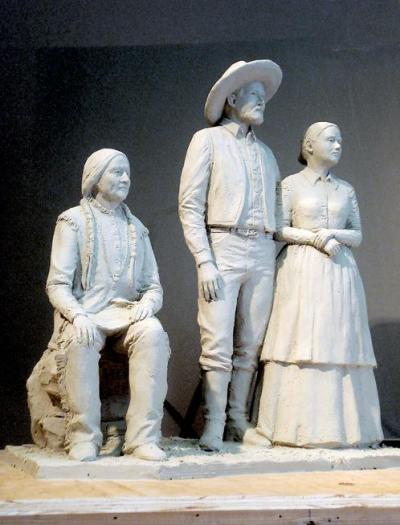 The Downtown Sterling Historic District features 54 buildings which play tribute to the culture and spirit of the community. Many of the buildings within the district have been adorned by murals. Take a stroll through Downtown Sterling and see the many artistic rendering, as well as the historic Logan County Courthouse, the First Presbyterian Church, St. Anthony's Catholic Church, and the Union Pacific Depot.

With the addition of the many tree sculptures and bronze pieces by renowned artist Bradford Rhea scattered around town, plus several pieces of metal art, and a variety of art galleries, it's plain to see why Sterling is proclaimed to be northeast Colorado's art and culture center!