This cottonwood sculpture was inspired by a verse from the Bible which, when explored further, tells about four living creatures covered with eyes front and back - a lion, an ox, a man, and an eagle in flight. Each has six wings and eyes all over, inside and out. Seraphim was created in 1993. -And before the throne there was a sea of glass like unto crystal: And in midst of the throne, and around about the throne, were four beasts full of eyes before and behind. -Revelation 4:6 This sculpture was created at the request of the city in 1993. 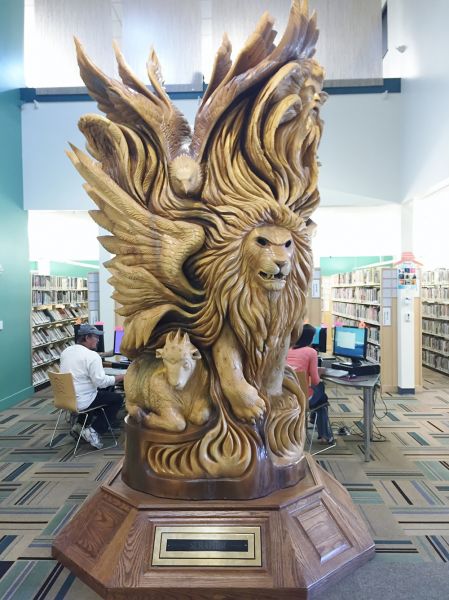