This piece exemplifies the traditional theme of comedy & tragedy. It originally was located at the entrance of the old Oak Street Theater, which was home to the Prairie Players, a local theater troupe. It took approximately 200 hours to complete. The crack running up through the statue took place while the carving was in progress. This "check" appeared over the period of a week after the face was carved. The folds of the gown were cleverly carved to include this flaw. Through timeless expressions we stare. Irrevocably cast for a brief interlude in the epic performance of eons. -Brad Rhea 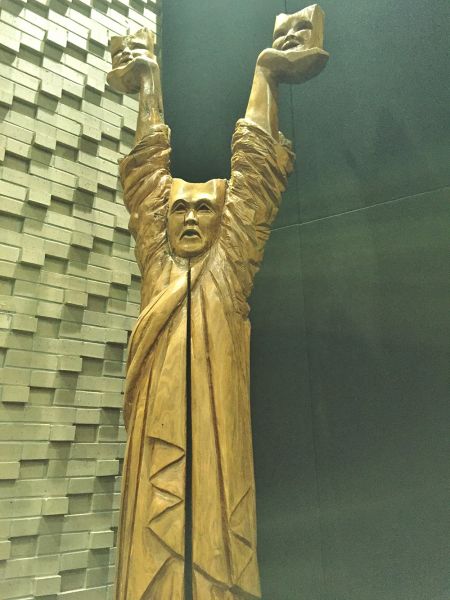