This delightful carving has become the symbol of the "City of the Living Trees" It was dedicated to the city in the fall of 1984. Just beyond the clouds of doubt and chaos they appeared; a congregation of spindling appendages fused in a mass of true belief, with heads reaching all directions in a quest for the elusive intangible ... faith. Only a glimpse of the creatures was visible they hovered for a millisecond in space and time before galloping with long-legged strides toward the heavens. -Brad Rhea 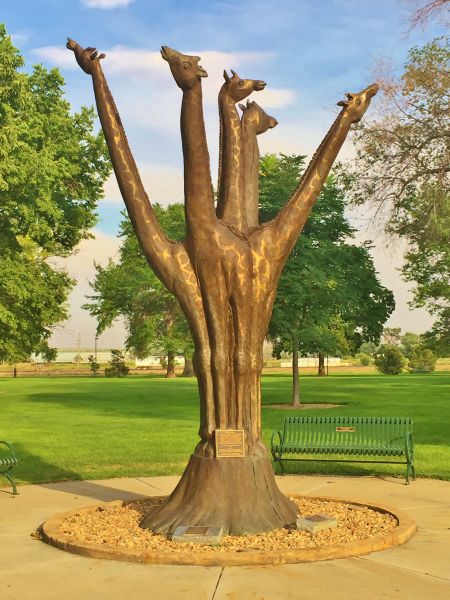