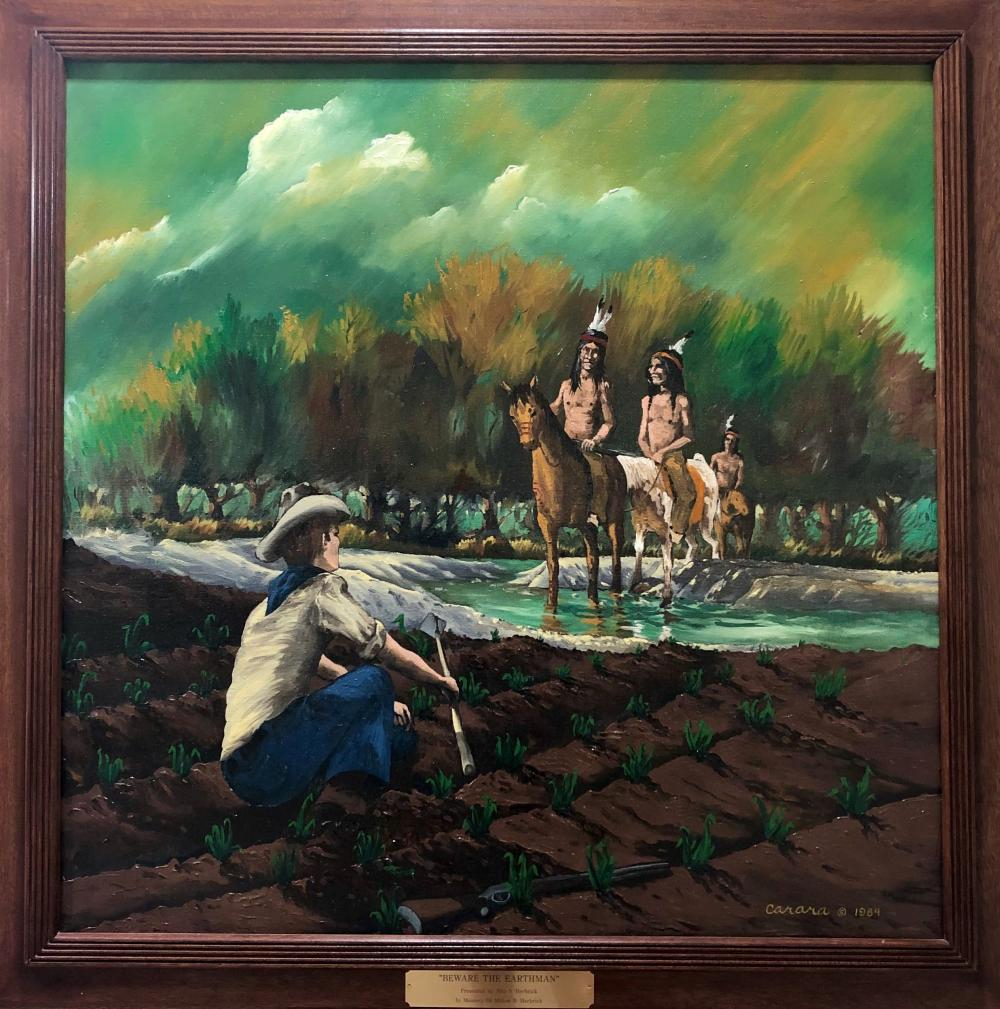 This painting portrays the early farmers’ futile attempts to raise a crop against all the odds that were against him along....

the South Platte River. But, beyond that, it also exposes the early confrontation of the Cheyenne Warrior with the peaceful farmer. The warriors were informed many years earlier that they need not fear the mountain-man, the cattleman, or even the soldier. That the man who would eventually take their beloved land from them would be the Earthman—the farmer.

Inside the historic Logan County Courthouse in downtown Sterling is the Eugene Carara art. These oil paintings were purchased by private citizens and then donated to Logan County to keep the collection together. The paintings are symbolic of historically important events or locations to the people of northeastern Colorado.

The Indian scorned the Earthman (or farmer) because he represented the life of drudgery from which the red man had escaped when he moved onto the “Great Buffalo Pasture” of what was to be eastern Colorado and its endless grasslands. But he also feared him. The farmer with his devotion to land represented the gravest threat to the red man. Eventually, differences between the two forces would boil down to a clash over territory. Long ago, Sweet Medicine, the Cheyenne Indians’ Messiah, had warned: “Some day the Earthmen will come. Do not follow anything they do.” During the Indians’ final days on the pasture, that warning must have rung through their heads with increasing bitterness.