Enjoy this series of virtual field trips, highlighting some of the gems of Sterling and Logan County. We are looking forward to your next visit when it is safe once again to get out and travel! 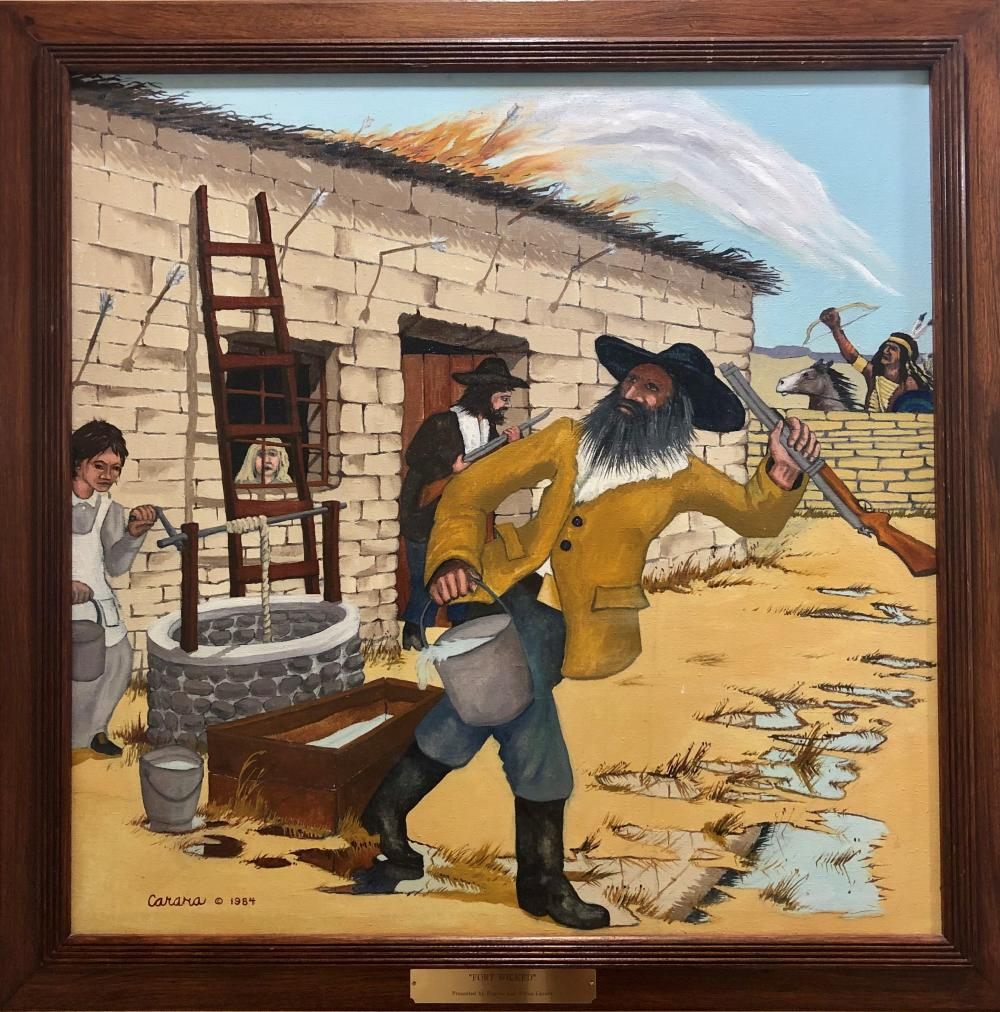 This painting depicts the gallant stand against the Cheyenne war parties by Holon Godfrey, his family, and.... friends. Holon, a brave and adventurous man, believed he could hold out against all odds except fire. I deliberately painted this in a primitive style in order to reveal many objects. It is also a very busy painting in order to help convey excitement and panic. I tried to show worry and anger in the face of Holon, weariness in the face of Matilda, and feat in the face of Cecilia (the girl in the window). By the way, after three days of battle, the Cheyenne finally ceased their attack.

Just before dawn on a January morning, Holon Godfrey saw something coming fast out of the hills to the southeast. It was what he feared—Indians—at least 130 of them. Bloody January had come to his trading post. And he had only three men to help him defend it.

So began a three-day siege that would earn Godfrey the Indians’ respect and their nickname of “Old Wicked” and that would make his ranch the most famous along the South Platte River. Holon had turned his place into a fortress, but he had another asset: his wife and children. They molded bullets, drew water from the well, and formed a brigade to Holon who, with a bucket in one hand and a fun in the other, put out the fires set by the red men. The girls stuck hats on brooms and hoe handles and poked “heads” here and there over the top of the wall to food the Indians into thinking there were more defenders.

“By God, they got us outnumbered, but we’ll lick ‘em with our brains,” Holon cackled.

He was right. Fort Wicked, as the ranch was always known after the siege, was one of only two places along six hundred miles of the trail that escaped Blood January unscathed.