Enjoy this series of virtual field trips, highlighting some of the gems of Sterling and Logan County. We are looking forward to your next visit! 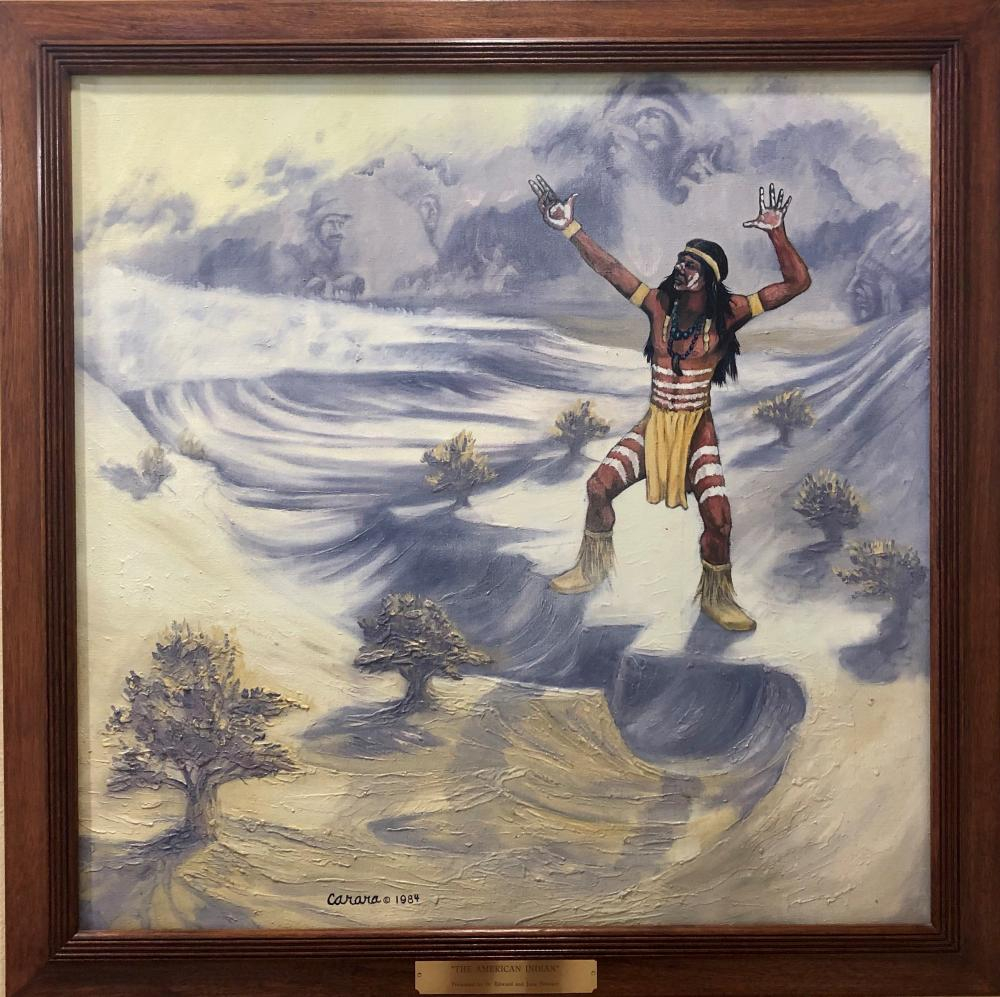 This painting depicts the Indian Societies of North America. No particular tribe is hereby intended, but this.... is a tribute to all those who inhabited these lands before the white man invasion. The Indian believed that he was a part of nature, just as were the earth, sky, rock, air, and water; and he believed they were all brothers. This painting has many contrasting forces, such as the soft blends of the sky and background in comparison to the sharper lines of the subject. For no matter how much the Indian believed in nature, he had a difficult struggle to exist in it.

The American Indian has been idealized as almost supernaturally attuned to Mother Nature. And the Indian did understand her capricious powers far better than subsequent peoples who have managed to isolate themselves somewhat from those powers.

The Cheyenne and Arapaho came to the eastern plains of Colorado during the 1820s to acquire horses and free themselves from the drudgery of farming. Their nomadic life was near ideal at first. They reveled in Colorado’s sparkling clear air, the wild horses, millions of buffalo, and abundance of other life on the prairie, and most of all in the knowledge that they could break camp within minutes and move to a more desirable place whenever they wished.

Yet the very nature which the Indian worshipped could send blinding blizzards that froze him and his horses. Hail stones which she threw at the earth shredded his buffalo skin lodges.

Northeastern Colorado was home to the Cheyenne and Arapahoe for about fifty years. Indian friends, especially the Sioux, often came from north of the Platte to visit and hunt. But the Pawnees also came. The most fearsome of red men, they came not in friendship but to satisfy their hunger for a good fight.

And eventually, the white men crossed the prairie, and the Indians’ days on the “Great Buffalo Pasture” were numbered.